I'm not really sure why I've avoided the Paper Pups cart for so long. I initially got it because of all the great creations I saw on the Cricut board...but I couldn't muster up enough motivation to actually use it myself. 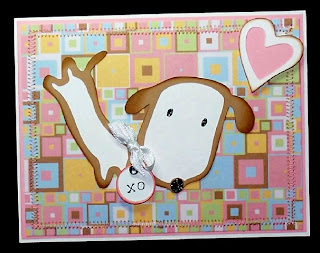 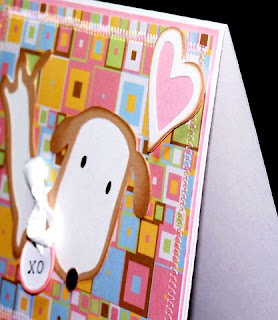 So I pulled out some DP I didn't think I'd ever use. I cut out one of the pups. From there, I just tried to make it work. It was a lot easier to use this cut than I thought it would be! I did lots of shading on the brown areas, heat embossed black on his nose and eyes, added a dog collar with an XO tag with bling (it doesn't show the rhinestone in the pic very well), and used the heart cut too. Of course I had to include a little sewing as well. I would probably be lost without my sewing machine. 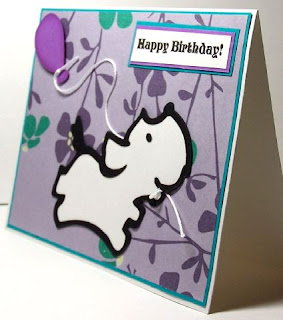 Here is a cutie with his balloon. The DP is from the unknown stack, the sentiment is computer generated, and there is real string attached to the balloon, tucked in the pup's mouth. This little guy has lots of character.
Posted by Lola at 9:59 AM 4 comments: 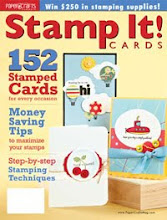